Fic Title: I can help you change your life
Author:

Summary: Arthur is a hypnotist. Eames is the con man trying to swindle him. Eames ends up getting far more than he bargained for.

If you aren't a huge fan of dark fic, I'd recommend reading the warnings carefully.
Inspired by Inception Bingo prompt: sex under the influence

There's someone at the door, but Arthur's not scheduled to arrive for another day.

i_reversebang.
A challenge where artists create and submit art. Writers claim a piece and write a story based on it.
* * * * * *

motetus' lovely Victorian art here. This is a Victorian AU in which Eames & Arthur meet and have sex. Note that I know virtually nothing about the Victorian era other than that Queen Victoria was probably alive during it. Title cobbled together from amusing words found in Victorian romance novel titles.

It is possible that Eames has had more to drink than is advisable.

Fic Title: May I have the next dream with you
Author:

motetus' fantastic Somnophilia art here. Coda set in the There's got to be a morning after universe

"The mix contains a light sedative which prevents the dreamer from being woken too easily," Eames says, holding the vial of blue liquid up the light. "It's also supposed to heighten physical sensation such that it translates well into the dream." 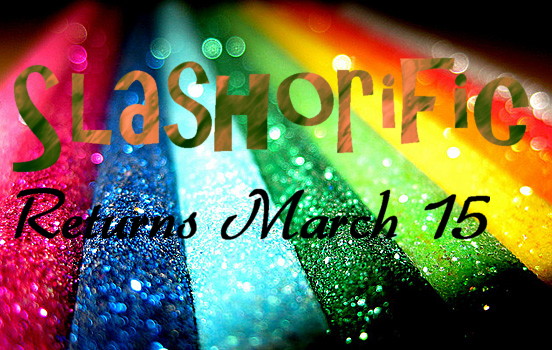 FOR ALL SLASH FANS!!

Fic Title: There's got to be a morning after - Epilogue: Where no man has gone before
Author:

bauble
Pairing(s): Arthur/Eames, Arthur/OMC, Eames/OCs, Arthur/Eames/OMC
Rating: NC-17
Word Count: 1,900
Warnings: Graphic sex. Alien Role playing. Roleplay of dub-con. Dirty Talk. Be aware that Arthur & Eames are criminals and morally dubious characters.
Summary: After the events of Inception, Eames is left more than a little shaken by the brush with Limbo. It causes him to reflect on his life, and whether he's accomplished everything he'd assumed he would by age forty. He drafts a list of sex acts he hasn't engaged in yet and recruits Arthur to help cross them off.

Chapter 10 is the final chapter and with this posting the entire story is now COMPLETE. This is the epilogue.
A link to the first chapter here.

There's a clanging throughout the entire prison as the inmates begin shouting, banging against their barred doors. There's also jeering and catcalls, which means fresh meat has arrived--and attractive meat at that.

Fic Title: There's got to be a morning after - Chapter 10: The Animal Song
Author:

Chapter 10 is the final chapter and with this posting the entire story is now COMPLETE.
A link to the first chapter here.

Eames opens his eyes to Arthur lying beside him, fully dressed and ready for a run. He's watching Eames thoughtfully, something soft in his expression.

starweather
Title: Shifting
Rating: PG13
Word Count: 900
Summary: All Arthur knows how to do is fight.